The Midwest Reggae Festival, one of the most enduring of its kind in the United States, has its 19th annual staging August 13-15 in Nelson, Ohio. Third World, Mykal Rose, Luciano, the Skatalites and veteran British deejay Pato Banton are among this year's headliners. Dread Zeppelin, a band that plays reggae covers of songs by legendary hard rock band Led Zeppelin, are also on the card.

The festival was first held in 1992 by Packy Malley, a Nelson entrepreneur and reggae fan, who began promoting reggae shows at Ohio State University while he was a student there in the 1980s. The Midwest Reggae Festival started as a one-day event at the Nelson Ledges Quarry Park where it is still held. Each day reportedly attracts a capacity 4,000-strong audience.

Last year me, Brick and a handful of our other friends including a handful of people from cleveland hit up this festival at Nelsons Ledges and had a blast! We had a booth and even though it rained most of the day we managed to make some sales and jammed out to some amazing reggae. When darkness hits the stage and the vibe is out of control. This event is sure to sell out so make sure to get your tickets before they are gone.

For more information check out the site HERE 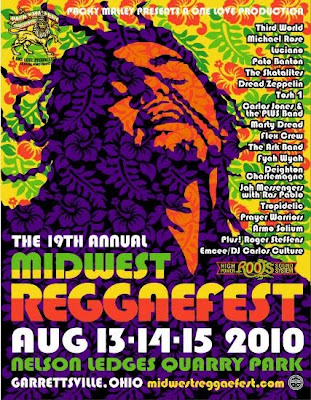 BUY TICKETS NOW
Posted by KtSmokesHydro at 5:36 PM No comments:

Taylor Gang & Rostrum Records are proud to announce Wiz Khalifa's "Waken Baken" Tour!! Fresh off the sold out "Deal Or No Deal" tour Khalifa has booked a 55 date North American tour coming to a city near you this Fall! The tour will include special guest appearances by Big K.R.I.T., Yelawolf, and others! Before the tour kicks off in Philadelphia September 16th, Wiz will be one of the acts on the Rock The Bells festival in August. More dates to be announced soon for the tour! This week only register to purchase Pre-Sale tickets at the link below!
BUY TICKETS NOW 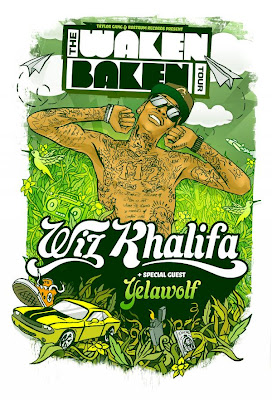 In the latest edition of Grind Time Now Presents is the 412's very own Real Deal versus Washington's 9DM. If you pay close attention you'll see that Real Deal is wearing Blast's "Best Friend vs Family Tree" tee. The black tee has a picture of a dog and a monkey both being held back from killing each other, the words above the animals read "kill or be killed" which is a great shirt for a battle! Check out the video below and watch hometown favorite Real Deal.
Posted by KtSmokesHydro at 3:47 PM No comments: 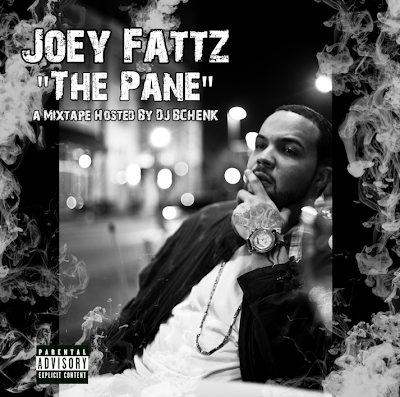 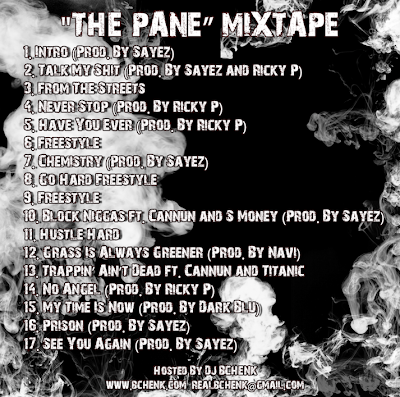 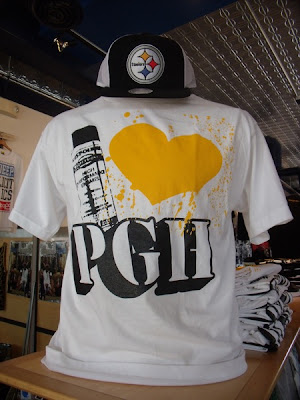 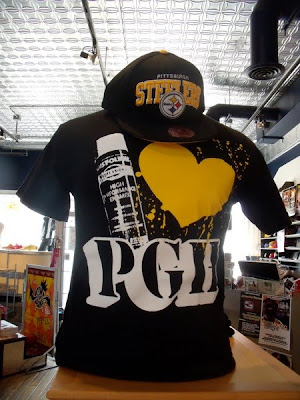 Check out timebombshop.com and get your own today!! Available in Black and White
Posted by KtSmokesHydro at 1:42 PM No comments:

Check out the new video for "Kool Aid & Frozen Pizza" that our dude Mac Miller just dropped. This track is off his much anticipated KIDS album dropping August 13th. We got a call the night before the video shoot from Mac asking if he can borrow the ghetto blaster that's a famous staple in Timebomb's merchandising scheme. Since Mac is the dude I told him it was no problem. The next morning we got a another call from Mac asking if he can shoot in the store. He rolled threw promptly with a handful of his people and banged it out!! Keep an eye out for the store and Boots Prints "Big L Tribute" tee that Mac is wearing throughout the video. Mac Miller just signed to Rostrum Records a few days ago and is about to blow like nitro !!! Take my word, the 412 is on the map!! 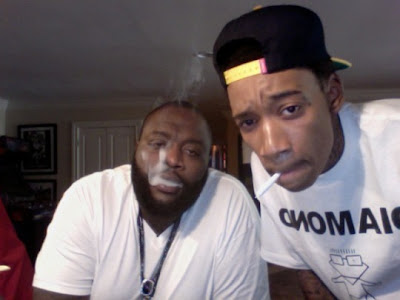 Pittsburgh's golden child Wiz Khalifa just did the video for "Super High" which is a Rick Ross joint and also features Curren$y. If you pay close attention you can see that Wiz is wearing the "Standard " tee in white. Curren$y is rocking the "Rio Por Vida" tee in white. Check out Diamond Supply Co on Timebombshop.com and get your life right!
check out the video below
Posted by KtSmokesHydro at 6:48 PM 1 comment:

GAT! Gypsys & Thieves are BACK! 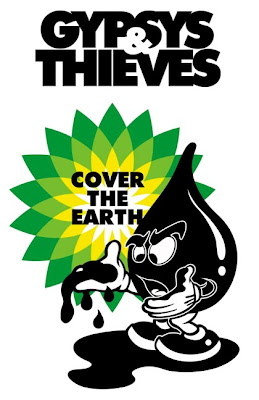 Talk about a throwback. If you were into skate boarding, graffiti, raving or just a street dude in the mid nineties then you hopefully remember GAT which is an acronym for Gypsys & Thieves. In the 90's suburban kids wanted to be city kids and city kids just wanted to have fun. Before Sean John and Roca Wear came onto the scene, there was Street Wear. Street Wear was inspired by Stussy and Vision, which was more rooted and infused by the beach scene. Gypsys & Thieves brought the city into the mix inspired by flourishing street art and pioneering hip-hop sounds. The brand provided gear for the young and restless.
Brick Diggler just informed me that we carried GAT in 1989 here at Time Bomb Spot. Also Greg Selkoe was quoted saying recently that GAT was one of the first 5 brands that he had in his store karmaloop in 1999. Being an old school raver I remember this brand mostly for it's jeans. The bottom of the jean openings were 30"-50" wide and featured overly large back pockets and elaborate embroidery. GAT is based in Los Angeles and has making noise in 2010. But don't call it a comeback, they've been here for years! 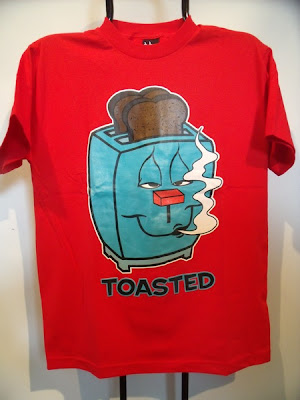 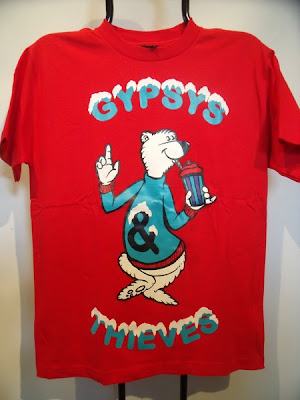 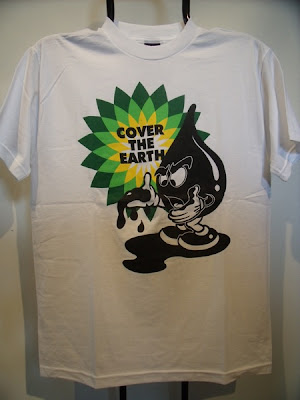 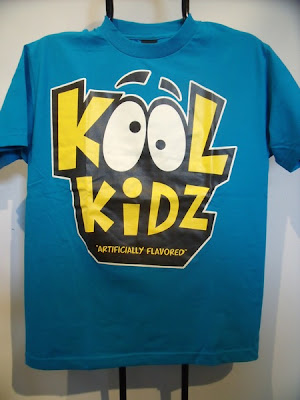 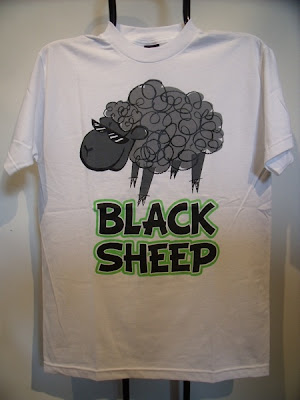 "As a teenager growing up in So Cal during the 90's you were either a jock, raver, skater or tagger. It just so happened that the last 3 were pretty closely tied, bound together with the overriding themes of drugs, rebellion, and outcast fashion. While there were particular streetwear brands that catered to those kids. Gypsys & Thieves was the one brand that had a harder appeal, especially amongst the graffiti-oriented crews. For myself, GAT was a godsend, a real street brand that displayed obnoxious cartoony graphics styled by my favorite graffiti artists. Eventually, there were plenty of copycat t-shirt brands in every mall across the US, but GAT was always heralded for repping the art and culture right. I'd be foolish if I didn't admit that our brand today has been heavily influenced by GAT's aesthetic during the golden era of streetwear. It's nice to see that the kings have come to reclaim their throne."
Bobby Hundreds (The Hundreds)
"I remember GAT back in '89, real graffiti inspired and the brand name was fire! We were heavy into graffiti back then and noticed artist from AWR were doin' designs, like me boy Tyke. One of my homies liked the line so much that they robbed a store that carried GAT out in OC, I think they got popped too. Gypsys & Thieves! The name is classic! Long live the thieves!"
Dennis Calvero (Crooks & Castles)
Posted by KtSmokesHydro at 4:31 PM No comments: 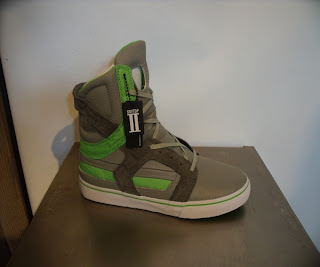 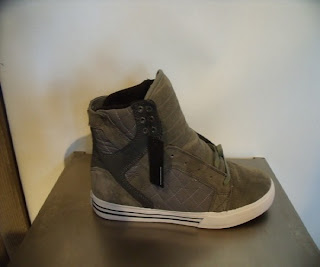 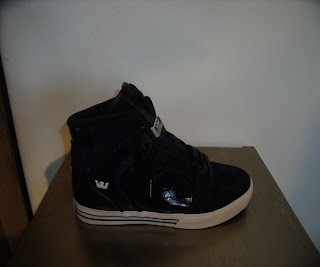 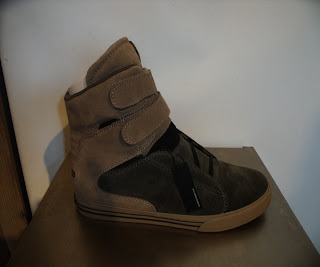 Supra shoes continue to please and impress with every seasonal drop they bring us. This latest shipment for late summer/early fall, hosts cooler colors with new materials to work with like several shades of grey, suede, quilted sewing, and even some patent leather. With outfits to match all kicks in-store, get down here today to cop yours!
Posted by Jess McMop at 5:25 PM 5 comments:

Email ThisBlogThis!Share to TwitterShare to FacebookShare to Pinterest
Labels: SUPRAS 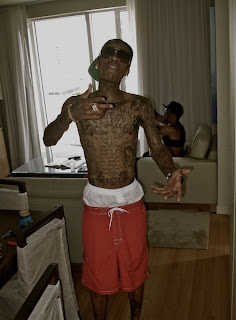 Pittsburgh's own 412 rapper is coming up on us, doing it big in ATL with fellow XXL 2010 Freshman, Curren$y, and the legendary Rick Ross in his latest track 'Super High' Sativa remix from Ricky Rozay, which will be out for your hard copy enjoyment on Teflon Don, July 20th. With polar opposite reviews of this latest track, listen for yourself HERE and drop a line telling us what you think. Be sure to keep on the look out for Wiz and his upcoming features by following the kid HERE!
Posted by Jess McMop at 2:31 PM No comments: 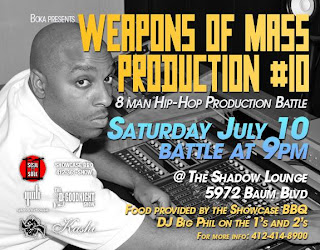 July 10th at The Shadow Lounge it is going down. Boka Presents Weapons of Mass Production #10; this 8 man Hip-Hop Production Battle is an event you want to check out! If you rap, this is something you should be attending to see whose really the producer with the heat you need to make it in this music industry! Dj Big Phil will be on the 1's & 2's, and food will be provided from Showcase BBQ. Not to mention, biggggg prizes for the winner. For Info call 412-414-8900 and we will see you there!!
Posted by Jess McMop at 7:24 PM 1 comment: 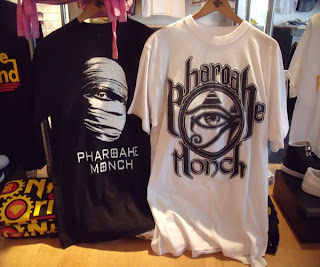 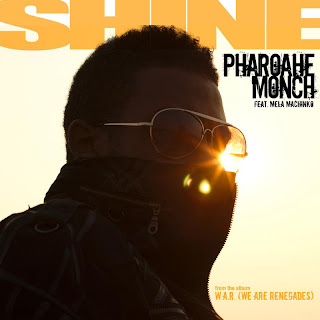 Our homie Pharoahe Monch came to the burgh for us just last month, and killed it. He continues to do his thing not only in the 412, but all over the globe. This time he came hard with his latest track off of his album W.A.R (We Are Renegades), featuring Mela Machinko, entitled 'Shine' produced by Diamond D and in association with Duck Down Music. Aside from his music, Mr. Monch has new graphic tees sold exclusively here at Timebomb, shown above! Keep your eye out for the upcoming album by following Pharoahe HERE and listen to his latest track 'Shine' HERE!

Posted by Jess McMop at 6:07 PM No comments: 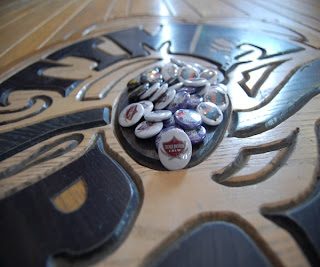 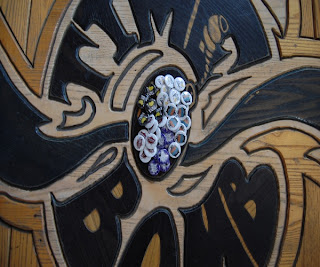 Are you proud of your posse? Come correct for your crew? Here for your enjoyment, TBC pins! With 3 different Timebomb designs, and 2 Pittsburgh prints, you can put these anywhere you'd like (on your Kilo button shirt, Reterik camo shorts, Play Cloths bag, graf case)! Come get yours today and represent the TBC!
Posted by Jess McMop at 2:36 PM 2 comments: 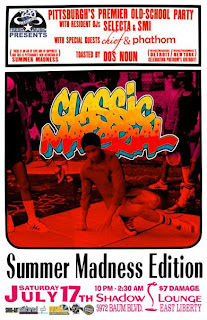 Classic Material & 720 Records continue to do it big even after the 3rd Year Anniversary last month, with the next event coming so so soon, Saturday July 17th at Shadow Lounge (5972 Baum Blvd, East Lib) for the Classic Material Summer Madness Edition featuring Chief from Detroit and Phathom from NY with in-house Dj Selecta and Dj SMI, hosted by Dos Noun. With a cover charge of only $7, this is definitely something you don't wanna miss!
Posted by Jess McMop at 2:03 PM No comments:

Our homie Franchise has released yet another video for our enjoyment, entitled 'Mon Valley Mission' off the Henny & Haze mixtape, directed by Rex Arrow Films, wardrobe by us! This video also serves a prologue for 'Cruisin Wit Her' feat. Josh Everette, which will be dropping later this summer. Download the whole mixtape HERE! And enjoy his latest video below.
Posted by Jess McMop at 1:56 PM No comments:

Moola Gang's 'Turn Off The Lights' 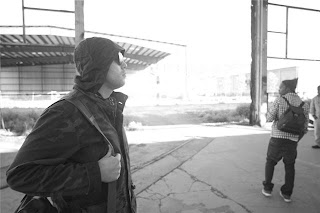 Moola Gang is back with another single off their new album I'm Heavy Hunny Vol. 1, which you can download HERE! This time YD takes the lead with smooth raps and slick production from Louie Lee. The track also features harmonizing from in-house singers Petey and Jisel. "Turn Off The Lights" caught the ear of DJ A-Trak's Fools Gold Records who co-signed it on their Rappin' Ass Thursdays blog, peep that HERE! But now for your latest enjoyment, listen to his latest, 'Turn Off The Lights' rightttttttt HERE!

Posted by Jess McMop at 1:50 PM No comments:

Be sure to check our mans Tolly doing his thing in his latest video entitled 'Tolly Bands' directed by Jordan Beckham, wardrobe by yours truly here at the TBC! Peep the Play Cloths gear in the video. Keep your eye out for more to come, and follow the kid HERE!

Posted by Jess McMop at 1:42 PM No comments: 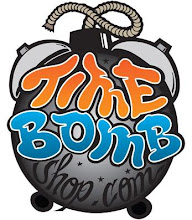